It's been awhile since I've been on LJ
so I thought I'd do a little update about what I've been up to...

Well, after graduated (and unemployed) I'd been re-read all 7 books of Harry Potter all over again
it was so much fun....took me back to when I was little and started reading it
it did bring back so many memories actually; especially the 1st book
I was like...'oh! I remember this!' throughout the 1st book actually lol
it was really fun
but obviously when it came to the books that I like least; like the 5th book, the pace was considerably slow lol
but nevertheless I finished the series! yayyy~ (just so you know right now I've started reading Sherlock Holmes...
but I think that will take me a year to finish everything from the original stories of Conan Doyle to spin-off from other authors)

hello everyone!
omg I feel like I haven't been around livejournal for ages...which I haven't
I've been busy with my university and everything

but today I just wana share some good news with everyone here
that I....finally....officially.....graduated!!! yayyyyyyyy
which means I now have to start looking for a job...like a full time job

so yeahh just want to share this with everyone here

but I mean I have notifications on and everything so you can definitely contact me here
or my twitter I am very active on twitter since it's much eaiser for me and I'm not a massive fan of posting like a real post
if you know what I mean...i'm more of a casual style side lol


I'm aware that the links of my fb and twitter on my links thing on the side of my profile are not working
they're not the ones that I've been using
I'm trying to find a way to edit them
I'm sorry it's been awhile since I've last used livejournal i don't know where to do it but im trying to find it now
anyways....but my twitter is @tib_pnt
and just so you know I talk a lot of stupid things on it so yeah lol
but feel free to catch up with me there it's not locked so yeah :) 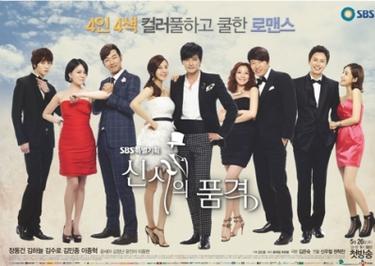 A gentlemen's dignity, one of a good series of 2012
I just had time to finish this series
gotta love it

Miracle in cell no.7
I've just had some free time for myself after my long semester in college lol
so I decided to watch this movie
apparently it's one of the most beautiful movie ever made!
To be honest, Korean movies always surprise me, and this one also didn't fail to do so
This movie had me cry and laugh or sometimes both at the same time

It's a really good movie, a perfect one actually!
a-must-see movie...so if anyone has a chance to watch it, please do so
you'll never regret it :)
10/10

I don't usually fond of live performance of solo singers...
not that I don't appreciate their songs, but their performances are usually boring especially when in the middle of the perf
(I could give some examples, but I'm afraid that my comments will offend some people so I just leave it out)

the latest song that contain both is Lee Hi's Rose the song was fabulous
nice performance, nice voice, the singer doesn't do much in choreography but it suits the song really well

apparently it does!!
U&I is a nice song. It gives us western feel which suits Aillee quite well
(I will mostly focus on the performance of the song: how the song is presented on the stage not the song itself)
In all, U&I gives us an excellent performance and of course I'm not talking about her voice
but how the choreography is done. It's not boring Ailee moves around the stage
and how she engages with the choreography itself is also impressive and I like it :)
The song 'U&I' itself might not be the best ever from Ailee, but with her voice and the choreography, the presentaion
it puts up a great performance :)

I got to know this story through Kitagawa Keiko since she was in the movie of the manga
(I haven't watched the movie though, decided to read the manga first)

My all time favorite manga was always Hitsuji no Namida or Tears of A Lamb
but I have to add ParaKiss into the list.
Throughout the story, there are many things I dislike about the main characters
However, the ending just got me.....
The ending was so beautiful that I want to cry....

[spoiler alerts drag mouse below to see the text]
I always had the feeling since the beginning of the manga that those two would not be together.
But the way the writer ends it is too beautifully
I love how Caroline will be married to Hiro (or is it Hero?) at the end
I always predict that they would actually end up together since Hiro seems to be caring
and that is definitely the type that Caroline needs

I really don't know what to say anymore
the emotions still overwhelm me because I just finished this story like 5 minutes ago so yeah :D

so I definitely recommend this manga :D

one more final and my summer vacation starts!!!
yayyyy! xD

I'll see you guys around more often then :D

*FYI I decided to watch this movie because I've been doing a musical at my college
and the screenwriter got inspired by this movie so yeah :D*

the story was about a guy named 'Gill Pender' and he was about to marry his gf
they decided to have a trip to Paris (which apparently Gill in in love with it)
and btw Gill is a writer (a newbie though)
so something happened to him..at midnight he took a taxi somewhere in Paris
and it brought him back to the past and he met a lot of famous people
like Hemingway, Picasso, etc....

It's a light story that you'll really love it...
I, myself, found it lovable
I love their french accent btw xD

yes this is just s ranting journal... just warning you guys first
so today..i was talking to one of my friend in my college

and we were..you know...having fun as usuall?
we were talking about the new MV of g-dragon (crayon)
it was pretty cool

and i was prasing GD (like always cuz u know he's really a genius)
and then i said
"you know what G-dragon is a musical genius same as JYJ...i think they were born to be artists
they write and compose their own music...God knows how geniues they are"

ok...lets hear this out...im grown up enough to know that not all people appreciate the same thing
so I kindly asked him that have you listened to JYJ music?
they are in totally different genre of GD tho?

and he couldn't answer my question..but replied with this exact phrase
"I don't know they are not famous anymore"

now you know...yes im grown up enough to understand that people appreaciate different things
but SHIT did he just say that JYJ is not famous anymore??

EXCUSE ME!!!!? who the hell is he to say that?
has he ever realized of how fast the ticket of Junsu concerts were sold out?
or how high is the rating of Jaejoong's dramas?
or how many people in Yuchun's fan meetings?

I mean WHAT THE HELL!!??
seriously...if you don't know anything JUST DON'T SAY ANYTHING AT ALL!!
ughhh!!

my college life is really busy (I though I would have a lot of free time but really...NO *sigh*)
so yeah i'll see you guys around :D
will try to be updated as much as I can

but no promises okay? ;P
Collapse